THE GREGORIAN MUSIC OF THE PAULINES

If we want to present Gregorian (i.e., medieval monophonic, Latin liturgical) songs of Pauline monasteries, we need to approach from two directions. We must first examine from what musical sources we can draw material, in which codices we find ceremonial music recorded in medieval Paulian use. In the case of the Paulines, all this is especially important, because we can rightly consider the songs of the Hungarian origin. We must know, however, that the medieval repertoire of Western Christianity is uniform, that is, almost the same is sung everywhere, at all times. At the same time, these songs lived in regional dialects, in local variations, and individual compositions were composed for the own (saints) celebrations of a given community (nation or monastic order). In this form, there is truly a Hungarian Gregorian chant, which was formed primarily in the decades following the founding of the state and the church, connected to the central Esztergom rite. It is no wonder, then, that the musical material of the Pauline order, organized from hermit communities in Hungary, is very strongly connected to Esztergom, showing an almost identical form. The Pauline book (graduale) containing music for the mass is unfortunately not available from the Middle Ages. But we have a choirbook for the office from the 15th century, the Pauline Antiphonale MR8, which is preserved in Zagreb.

So we have the repertoire, now we need to determine what fits the best to the monastery. Here the best way is to choose the title of the church, that is, to which saint was it offered by its founders, since its feast is once and for all the birthday of the church, the celebration of which stands out from the calendar. The church of Salföld (originally ’Kőkút’ which is ’Stone well’) was consecrated in honor of St. Mary Magdalene, whose feast falls on 11 July. Perhaps the choice is not accidental, if we consider that Mary Magdalene is, among others, the patron saint of winemakers, as well as that of sources of living water, according to folklore, as their water was believed to come from her tears. So there is the musical source, the 15th-century Pauline antiphoale MR 8, which, moreover, is almost the same age as the church itself, and we have the feast of St. Mary Magdalene. In the codex there are at least 50 different musical items, mostly antiphons framing psalms and canticles, and responsoria framing readings, and verse hymns. All in all, it is several hours of music, the full presentation of which is not our task. We have therefore chosen items which, on the one hand, tell characteristic episodes of the life of the saint and, on the one hand, unique and rich in their musical solutions. Below are the selected songs and their recordings that follow each other in the order in which the feast progresses. The recordings were made in a studio, but digitally - taking into account the size of the original interior - we tried to recreate the acoustics of the Salföld church. In the text part, after the original Latin and Hungarian texts, you can read a short explanation of the unique features of the piece, which are also helped by the red text highlights in the Latin text.

Hungarian translations of the Latin text is the devotional work of Benjamin Varga. The writer of these words himself selected, transcribed and sang the above items for recording. These experiences are sufficient to say that we come across an extremely high quality and musically sensitive and expressive repertoire when singing from the late-medieval Pauline antiphonale. At the same time, we also rightly think that this was the most natural behavior at the time when the goal was to create sacred art. Music, architecture, liturgy were formed along the pursuit of perfection for the Almighty. And although the church built in Salföld is now only partially reminiscent of the once richly crafted form, the numeric proportions and melodies of the music fill the gaps in the space and approach the celestial harmony of the wholeness. 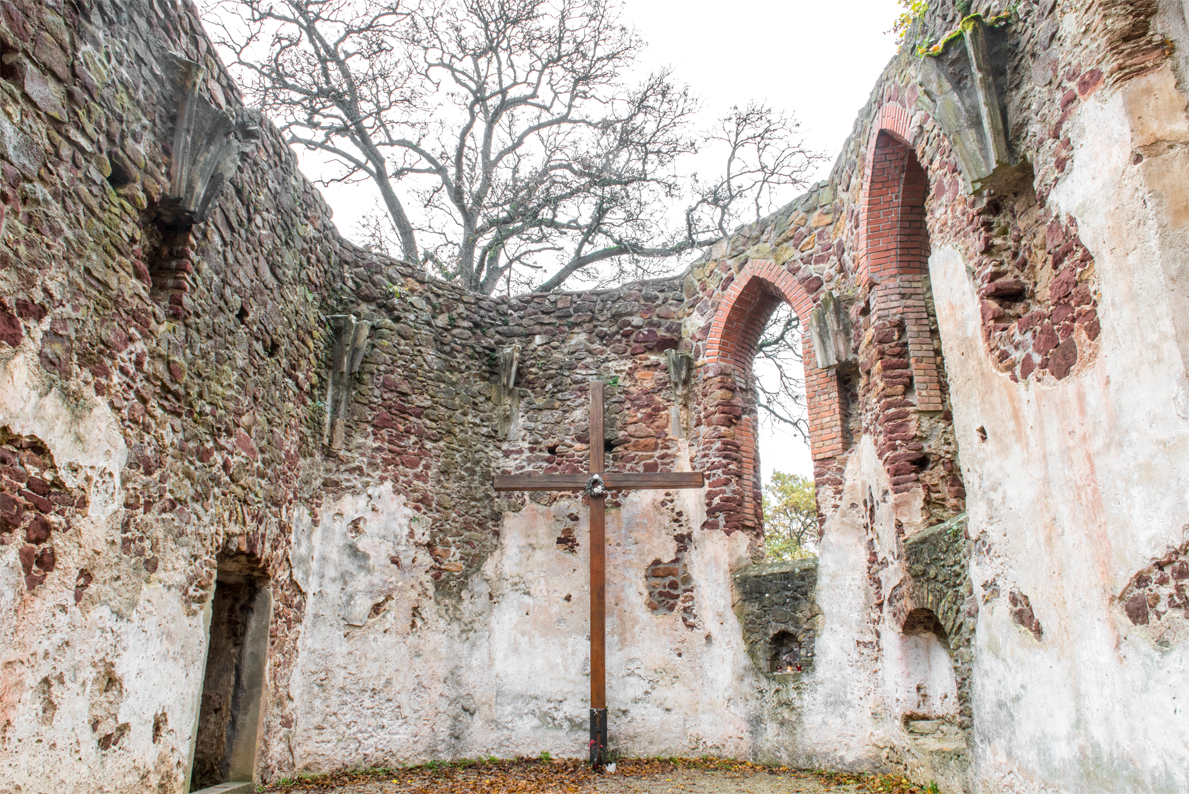 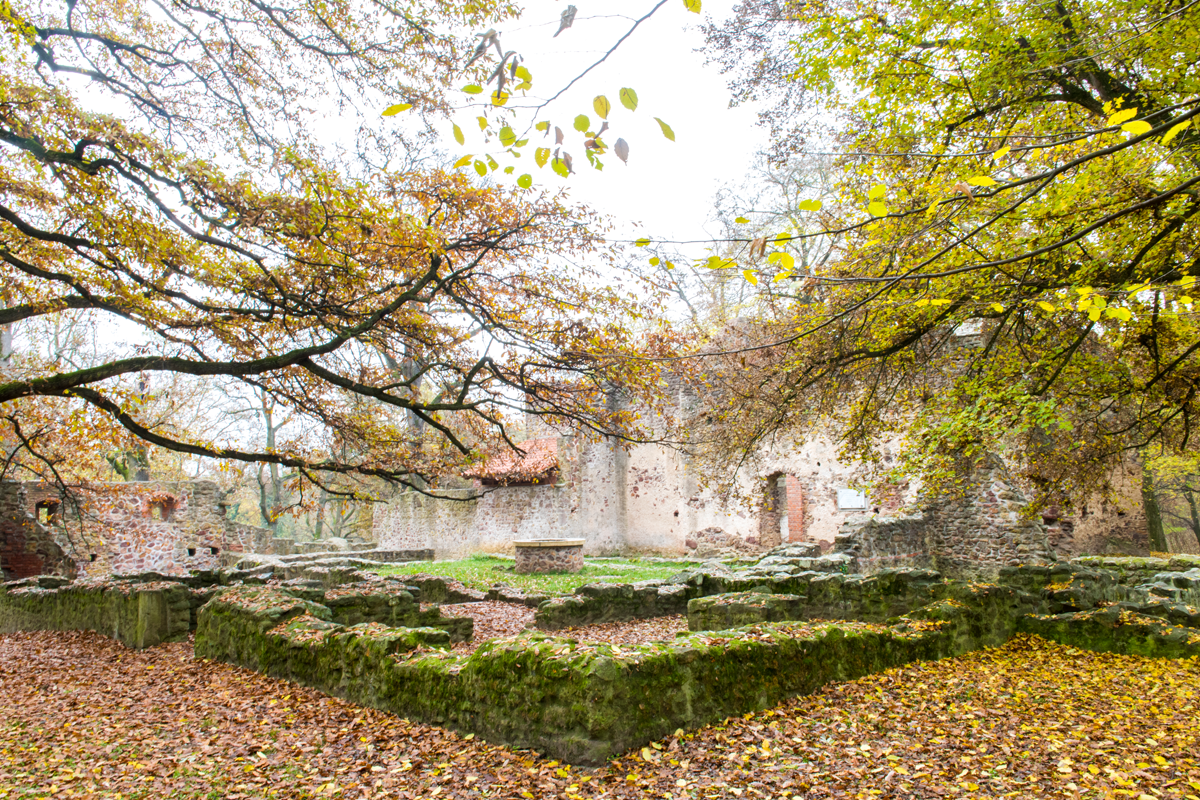 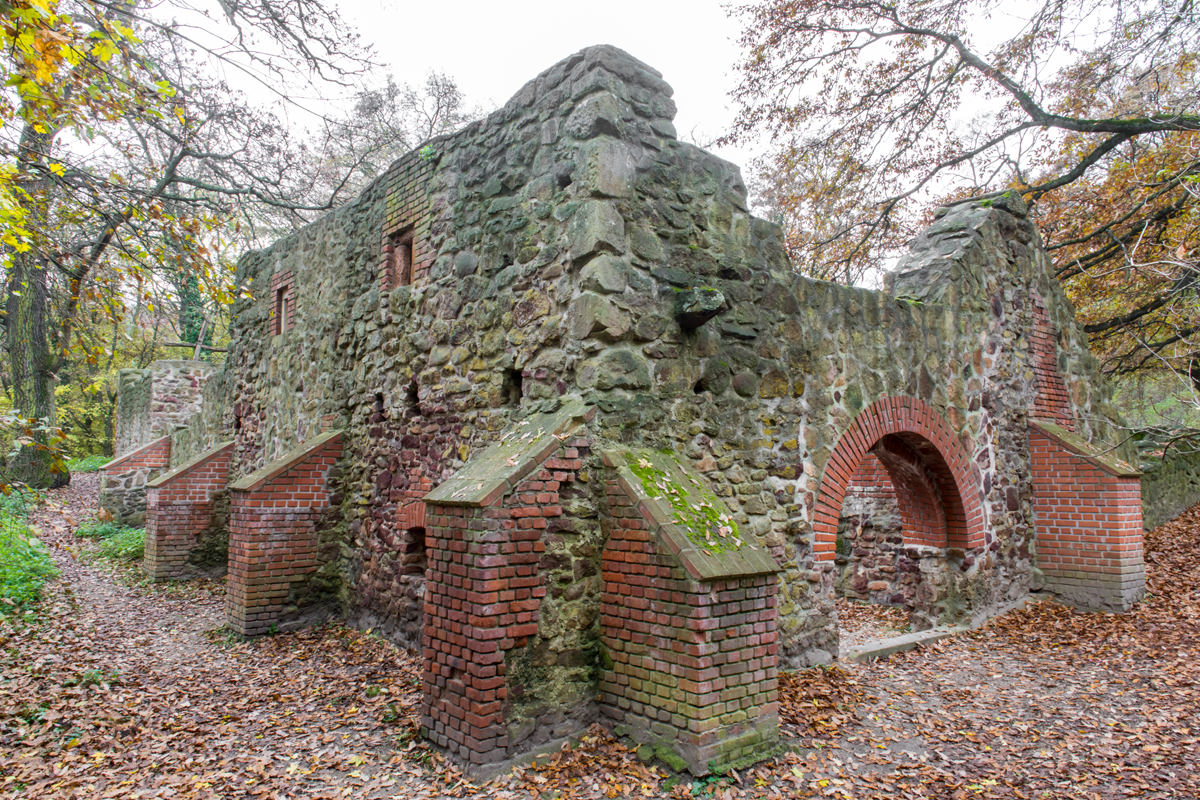 The sinful woman, Mary, came to Jesus' feet. ✷ and kissed them, washed with tears, dried with her hair, smeared it with a fragrant ointment. V) Many sins were forgiven because she was very loving.

The most meaningful part is the long textless free flowing melody (melisma) sung to the word “unguénto,” which is a clear text painting: the musical formulation of the downflow smear.

It is a faithful speech and worthy of acceptance that Jesus Christ came into this world to save the sinful man. And who was willing to be born of Mary the virgin, did not mind that Mary, the sinful woman touched him. V) Mary, the sinful woman, touched him. This is Mary who has been forgiven of many sins because she was loving very much. This is also the Mary who was privileged to be the first to know about the resurrection of our Lord Jesus Christ. Let her pray to him for our sins, we ask this forever.

It’s a captivating and at the same time unusual idea to get the name a musical “identification”. However, this is what happens in this item. Beside this the text and music together draw a nice contrast between Virgin Mary and Mary Magdalene, which gets the next imaginative musical solution. The first mention of the name of the Virgin Mary is a highly arched melody. Later, when the sinful, repentant Mary is mentioned, the same melody is heard, but already five notes lower, indicating the relationship between purity and sin. In the middle of the piece, the text points to Mary Magdalene twice. The musical allusion is there again: the same ornate motif twice, so we hear the name of Mary Magdalene not only in a “degrading” relationship, but “elevated” to a festive rank by an independent, new melody. 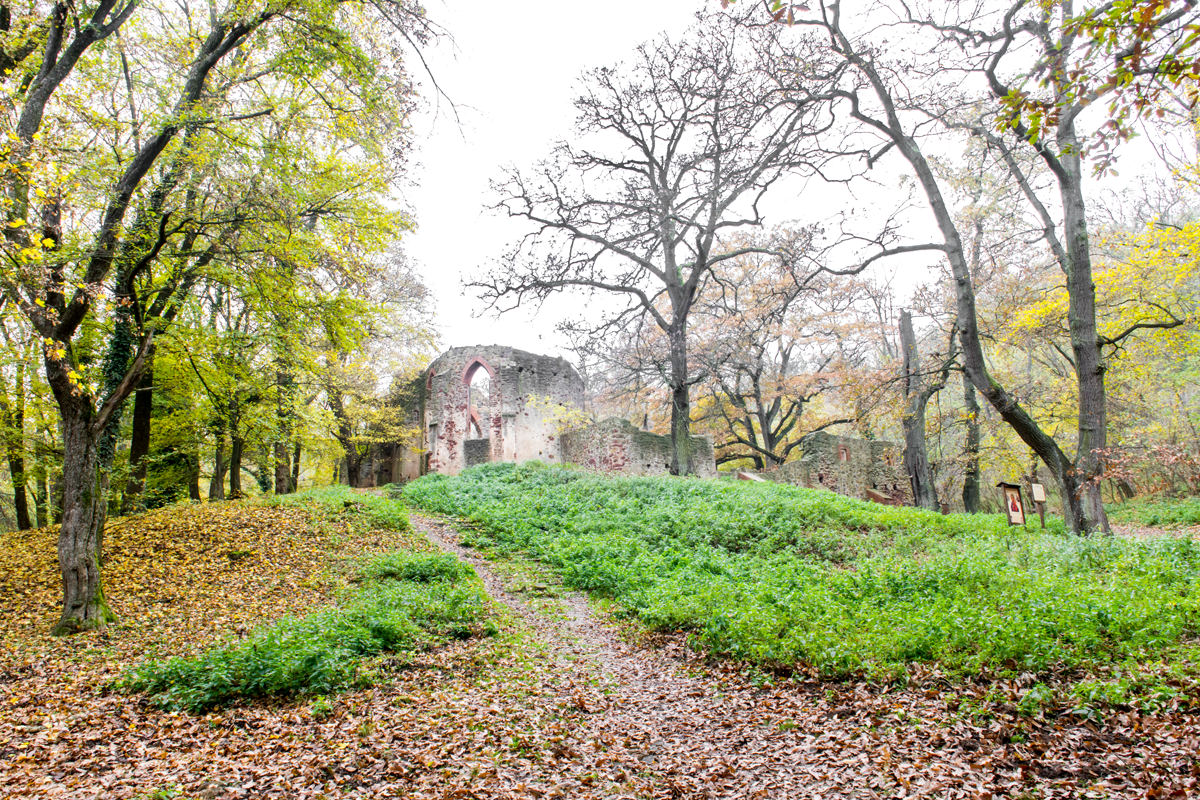 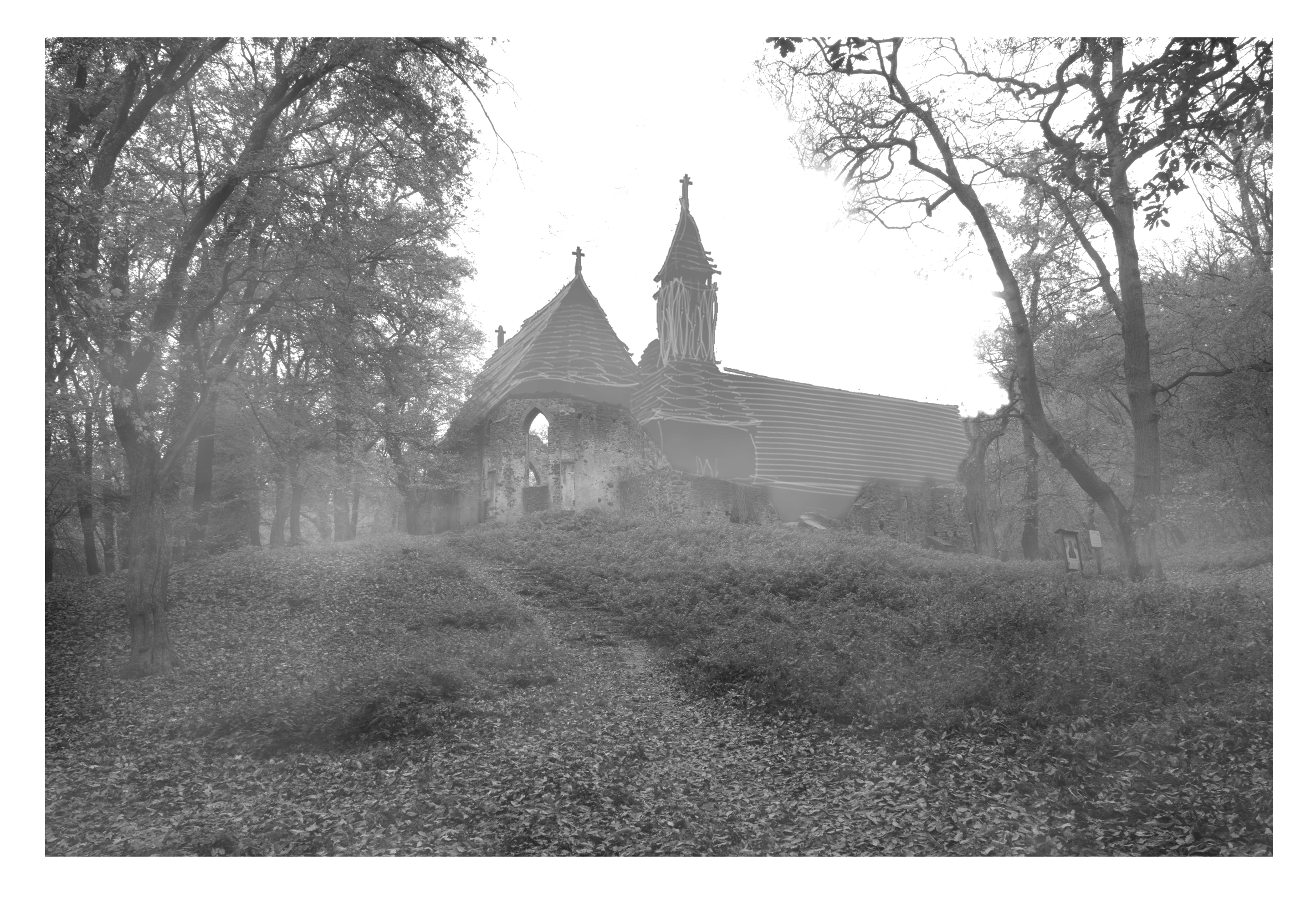 Mary saw two angels dressed in white, sitting there, one on the side of the head and the other of the feet, where Jesus' body was placed. ✷ They asked, "Woman, why are you crying?" V) She answered them, "For they have taken away my Lord, and I know not where they have laid him.”

One of the key scenes of the mystery of Easter is quoted here, the dialogue between Mary Magdalene and the angels, which is also one of the starting points of medieval drama: from this gospel dialogue the Easter mystery play emerged as an independent dramatic genre. The melody of the Paulines also follows the words of the characters nicely, highlighting the melody of the angels with deep-moving, repetitive motifs. In addition, it is completely surprising and “salient” from the Gregorian style, when the ’unum ad pedes’ (one at the head) words - for reasons not yet clear - are almost a horn-like quartet motif exclaiming three times in a row breaks the plain melody.

Here is Mary, who came to the doctor as a patient, healed. Behold, the Lord Jesus hath confirmed him whom he healed in the fear of God, saying, * Thy faith hath made thee whole; go in peace. V) Surely his faith kept her, for she did not doubt that she would receive it. And she can go in peace so that she will no longer stray from the path of justification to the path of scandal.

Here, the most expressive part is at the very beginning: Mary's name sounds like a stirring and then descending melody, and when viewed with the sheet music, it really is as if the scribe paints the outlines of the female figure. In any case, the composer of the melody may have loved Mary very much, who herself was “very loving”. It is expressive that the name of Jesus is also a version of this “figurative” melody, and similarly captivating is the recurring sweeping motifs repeated over the “vade” almost evoking the hand gestures of the farewell.

This acoustic simulation was made in a VR sound simulation program called "EVERTims", based on a so-called "raytracing" physical calculation technique. The program simulates acoustics using a listener, a sound object, and a space. It emits "rays" from the sound object and calculates from the reflections of walls and windows made of different materials what the listener can hear in a given position. This acoustic simulation is purely theoretical.